The Department of Computerized Control Systems (CCS) was established in May 2000 by merging the three leading departments of the former Faculty of Computer Science: 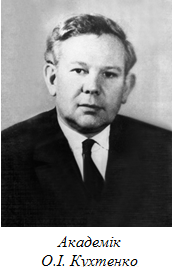 Department of Theory of Automatic Control and Aviation Simulators – one of the oldest in the university. It was created in 1957 under the name “Department of Aviation Automation”. The founder and the first head of the department was Doctor of Technical Sciences, Professor Alexander Ivanovich Kukhtenko, an outstanding scientist in the field of the theory of automatic control, academician of the Academy of Sciences of Ukraine. </ P>

Since the early 60’s the scope of pedagogical and scientific activity of the department has significantly expanded. In 1965 the department was given a new name: “Department of the theory of automatic regulation”. The scientific and pedagogical staff of the department performed world-class scientific works. For example, in 1967 – 1971, within the framework of the State Program for the creation of a spacecraft for a manned flight of the Soviet crew to the Moon, landing on its surface of a person and the subsequent return to Earth according to the decision of the Council of Ministers of the USSR at the department, scientific researches and design developments for the creation of a simulator spacecraft spacecraft. This module was to separate from the main ship in the orbit of the Moon, to conduct flight controlled by cosmonauts to the surface of a natural satellite of the Earth with a landing on its surface. By the end he had to start from the Moon’s surface, reach the main ship and dock with him. This work, led by O.Kukhthenko, was successfully implemented (responsible executors NA Kirsenko and VS Babenko). The simulator was installed at the Cosmonaut Training Center and approved by the Government Commission. The astronauts began intensive training on the visual landing on the surface of the Moon, starting from its surface and docking with the main ship in the orbit of the moon.

After the work on this State program was stopped, the simulator of the landing module was rebuilt and was used to train Soviet cosmonauts and American astronauts under the Soyuz-Apollo program. Approximation and docking of these spacecraft for joint flight were worked out. 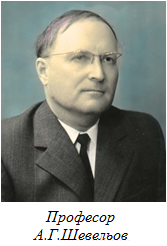 In 1978, the head of the department was elected the famous scientist, doctor of technical sciences, professor, now the Honored Professor of the NAU Anatoly Grigorievich Shevelev. In order to reflect the constant improvement and expansion of the spheres of scientific and pedagogical activities of the collective in 1979, the department was awarded the title of “Chair of Automatic Regulation and Aviation Automation,” and in 1991 – “Departments of Theory of Automatic Control and Aviation Simulators”. During the existence of the department, many leading scientific and pedagogical staff, known not only in the Soviet Union but beyond its borders, including the academician of the Academy of Sciences of Ukraine, Doctor of Technical Sciences Professor O.I.Kukhtenko, worked there; doctor of technical sciences professor I.I.Krinetsky; Candidates of technical sciences associate professors V.A.Kulikov, L.P.Isaev, N.A.Kirssenko, А.А.Гураков, В.В.Казимірчик, В.М.Лещенко та багато інших.

The Department of Technical Cybernetics was founded in 1971 in connection with the necessity of training specialists for the new specialty at the time – “Automated Control Systems”. The famous scientist, doctor of technical sciences, professor, the Honored Professor of the NAU, academician of the Ukrainian Technical Academy Alexander Andriovich Volkov organized and headed the department. The main scientific work of the department is the modeling, research and design of complex control systems based on computer technologies, development of methods and decision-making systems.

In 1971 – 80 years, according to the plans of the Ministry of Civil Aviation of the USSR, the department developed the scientific and theoretical foundations for the construction of AIS “AEROFLOT”. The system has been developed by the higher education institution, as well as various information processing systems for civil aviation enterprises. In 1991 – 93 years worked on the orders of the Ministry 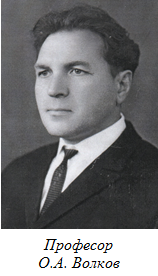 Since 1992, the department has trained specialists in modern specialties related to computer-based management of organizational, production and technological activities of enterprises.

The Department of Automated Air Traffic Control Systems was established in 1977 in connection with an increase in the training needs of specialists for automated systems of URF, which are widely implemented in operation. By this time several faculty graduations have been held in the specialty “Automated Control Systems” of the specialization “Operation of Automated Systems UPR”, actively working research laboratory AU UPR. </ P>

The first head of the department was Professor Volodymyr Ivanovich Ushankin, a well-known scientist, experienced teacher, a participant in the Great Patriotic War, retired colonel. From 1979 to 1988

At the department since the beginning of the 90s the training of specialists in a new specialty – “Automated systems of information processing and management” and specializations related to automation of processing and displaying of information began. Since 1994, for the first time in Ukraine the training of specialists in technical and programmed facilities of the customs service has begun.

The main scientific activity of the department is carrying out fundamental and applied researches in the field of automation of air traffic services and computer information technologies. Back in the 80’s, work was begun on the creation and implementation of a complex of automated workplaces (ARMs) for air traffic services. Now these works are continued on the basis of modern computer information technologies. Armed Forces are being set up for UDR controllers, regular navigators of airports, as well as complexes of dispatcher simulators UPR. Research is being carried out on the creation of automated systems for processing information of departments and services of the University, integrated into the information and computer system of NAU.

Nowadays, computer technology in all sectors of the national economy plays a huge role. There is no doubt that in the future this role will only increase. Therefore, specialists in this case will always be needed by the state.

In the technological processes of management of industrial activities of enterprises, servicing of air transport, information and publishing, customs services, a large number of various technical equipment and hardware and software complexes are used on the basis of modern computer technology. Computer information technologies are used in collecting, processing, storing, protecting, documenting and displaying information. Creation, use and technical operation of the necessary hardware and software complexes requires high qualification of specialists-engineers-system engineers.

Nowadays, the educational process is carried out by the outstanding scientists, known for their scientific and pedagogical achievements not only in Ukraine and CIS countries, but also beyond their borders. The department employs more than 50 highly qualified teachers, among them 13 professors and doctors of sciences, 22 associate professors and candidates of sciences.
The head of the department is doctor of technical sciences, professor, full member of the Aerospace Academy of Ukraine Litvinenko Alexander Evgenevich.

The department has a branch in the Institute of Problems of Mathematical Machines and Systems of the National Academy of Sciences of Ukraine, headed by Professor Vitaliy V. Litvinov, Doctor of Technical Sciences.

The department carries out preparation of bachelors in the specialty 123 “Computer Engineering”, as well as masters with specialization 123 “System programming”.

High-level specialists are also trained through postgraduate and doctoral studies. Currently, the professors of the department have prepared more than 140 candidates of sciences and 12 doctors of sciences.

The staff of the department performs world-class research and advocacy works.

The department maintains close scientific relations with the educational, scientific and operational units of the aviation and customs departments, prepares graduate students and qualified specialists for them.